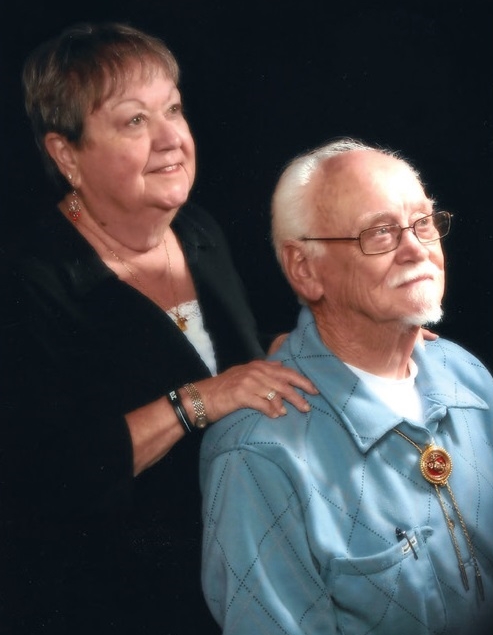 In the early 1970’s, Merritt Mosby, a San Francisco Bay Area truck driver, was cited by the California Highway Patrol for using a “WIDE LOAD” sign on his truck. The sign did not meet the state’s stringent standards in the vehicle code. Being a truck driver with three sons, it was difficult at the time not only to find and purchase legal safety signs, but it was costly to continue to be ticketed.

Out of necessity, largely due to the signs not being commercially available, Merritt and his wife Carita decided to fabricate their own “WIDE LOAD” signs. From their garage, they began to manufacture handmade signs using spray paint and stencils. Soon after, a San Francisco truck dealership and independent truckers learned about Merritt and Carita’s signs and began submitting orders.

In 1972, after taking some classes on screen printing and attending a business start-up seminar, Merritt and Carita started Ms. Carita, Inc. The name was derived from a popular trend in that period of using the courtesy title, “Ms.” In front of a female name. They felt “Ms. Carita” would be a name truckers would remember – a feminine name in a male-dominated industry.

Merritt and Carita’s sons, Michael and Gordon Mosby, worked and learned the screen-printing trade in their garage. In their teenage years, the signs needed to be made and ready for sale before they could go out for the weekends. As they became adults and started their own careers, Michael and Gordon ventured out and began working in the large format and close tolerance label and graphics industry.

In 1985, both sons rejoined Ms. Carita, Inc. bringing their new expertise and expanding the business into the label and graphics market. After doing so, sales exceeded expectations, and in 1989 Merritt retired from driving truck. He focused his attention solely on Ms. Carita, Inc. until 1997 when he and Carita fully retired. At that time, Michael assumed Merritt’s role as CEO. 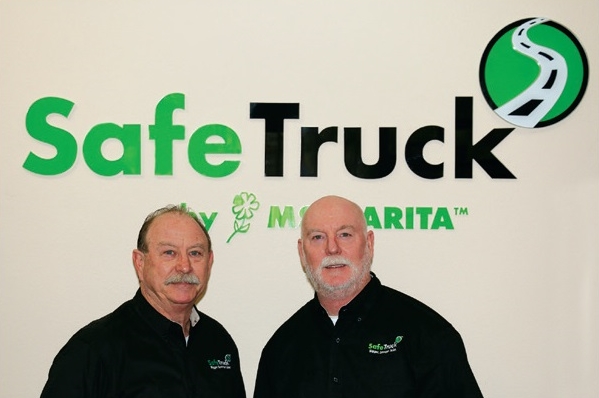 The proof was in the people and the ideas. Ms. Carita SafeTruck has grown from a spray paint and stencil shop in the family’s garage to a leader in the manufacturing and distribution of innovative truck safety products. We are dedicated to continuing Carita and Merritt’s legacy and vision and thank you for your support and loyalty to our brand. We will continue to bring products that are Bigger, Stronger, and Safer. 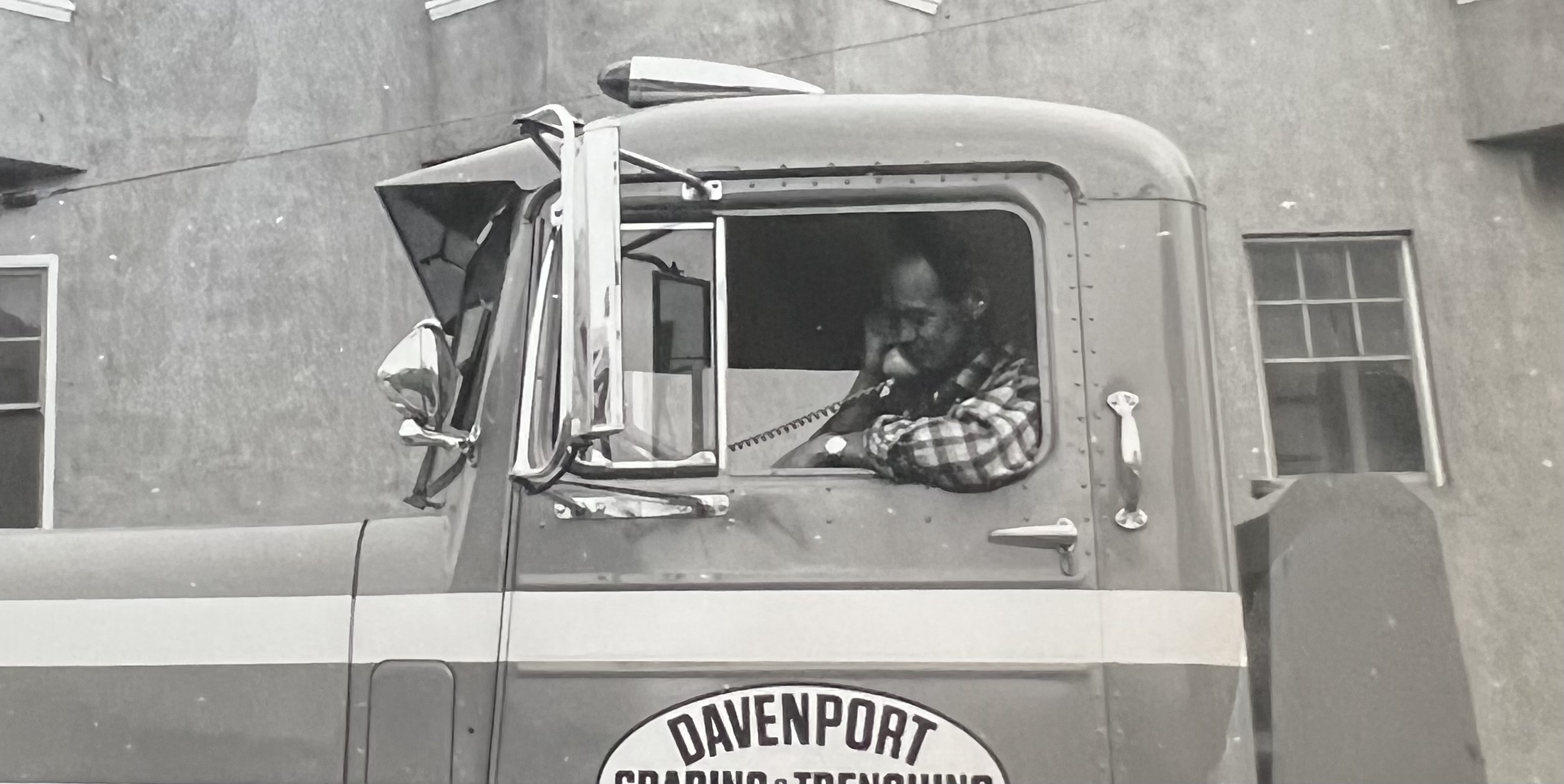 It All Started Back in the Day

Our founder, Merritt Mosby, in the early days loved his Peterbilt, Kenworth, and Mack trucks. One of Our First Booths

Ms. Carita and Michael Mosby, our current President/CEO, at a trucking trade show in San Francisco in the late 1970’s. 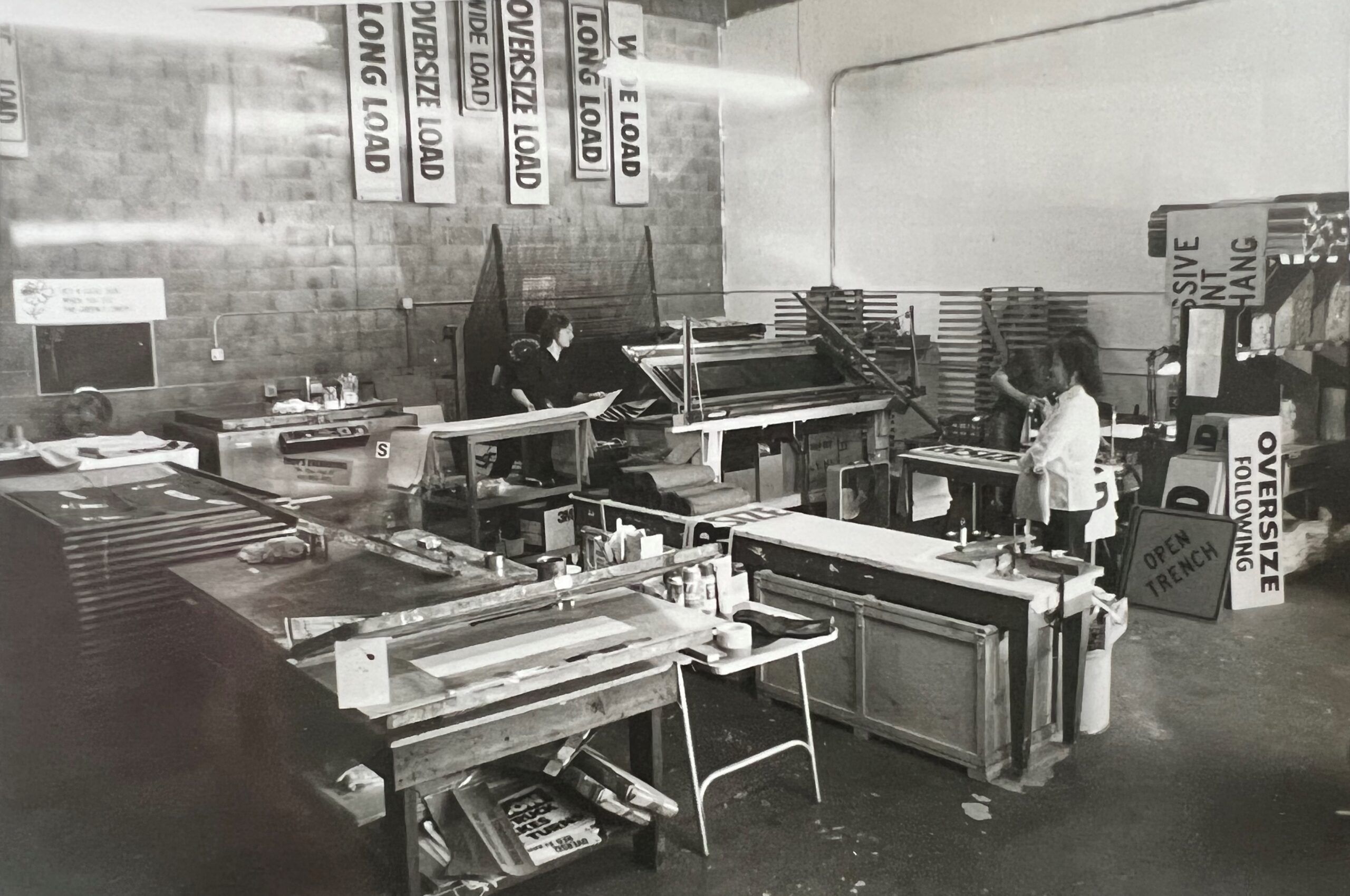 Out of the Garage & Into Our First Shop

Ms. Carita’s first workshop outside of the garage producing our heavy haul signs, banners, and graphics in 1980. 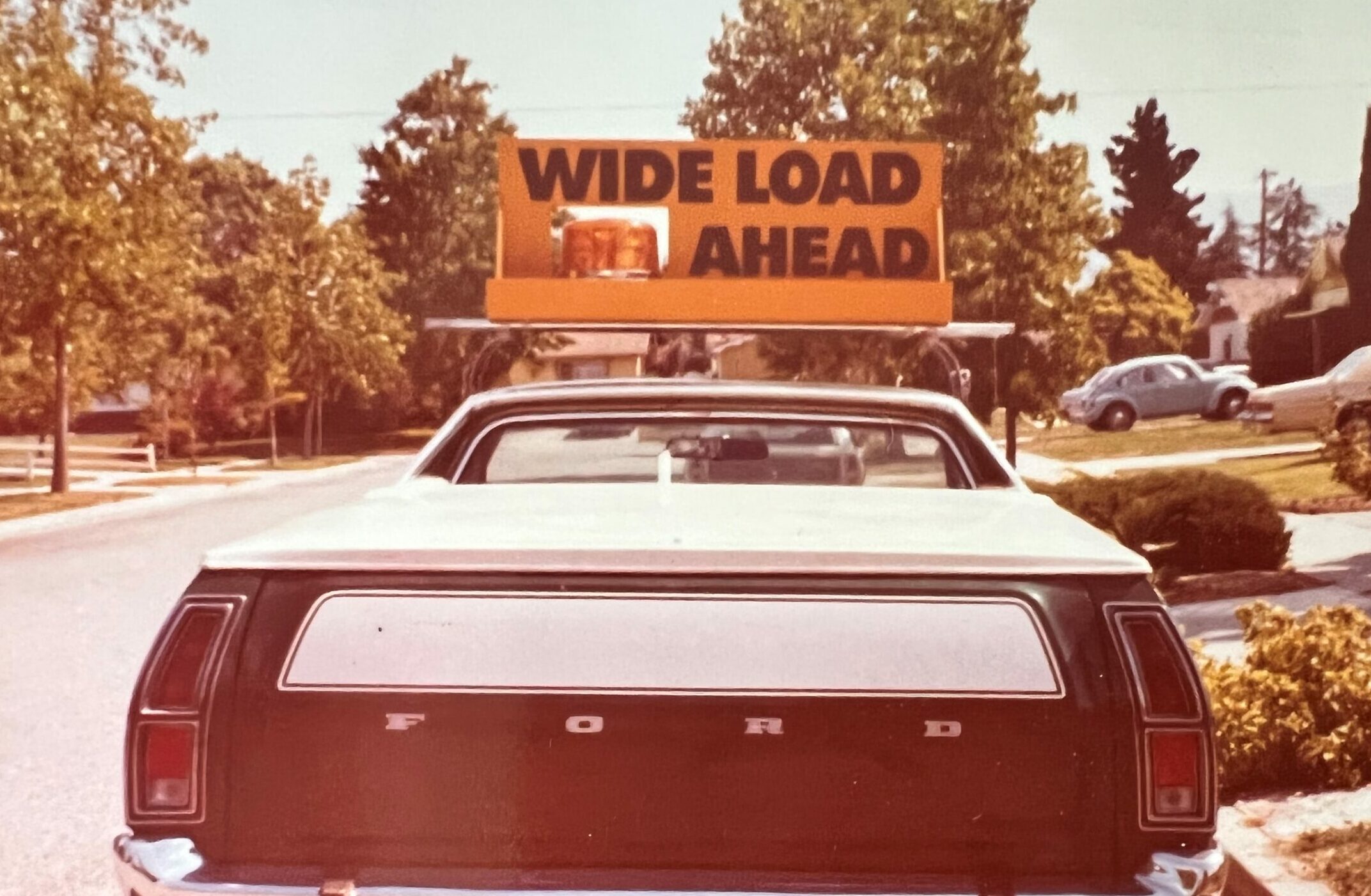 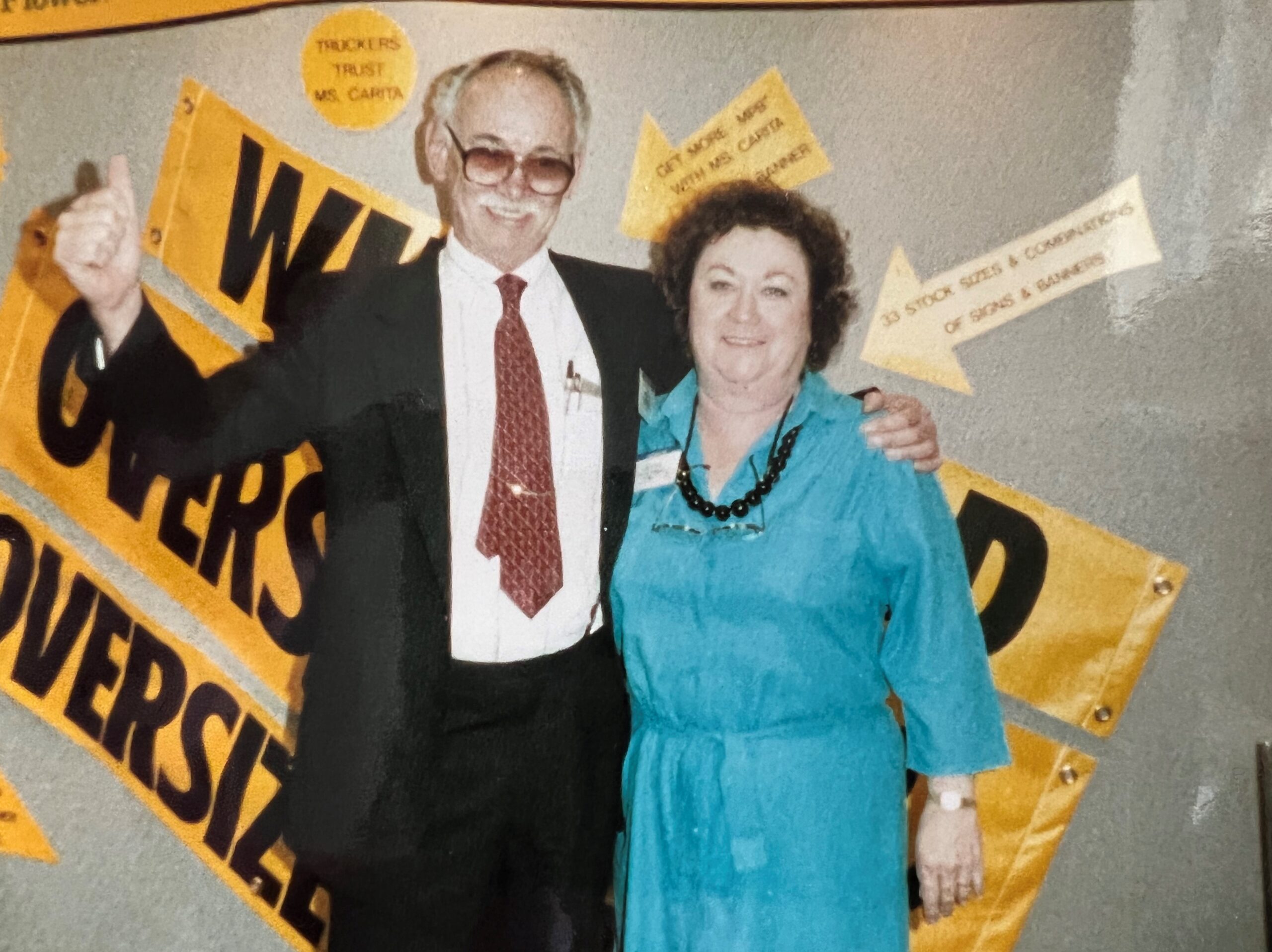 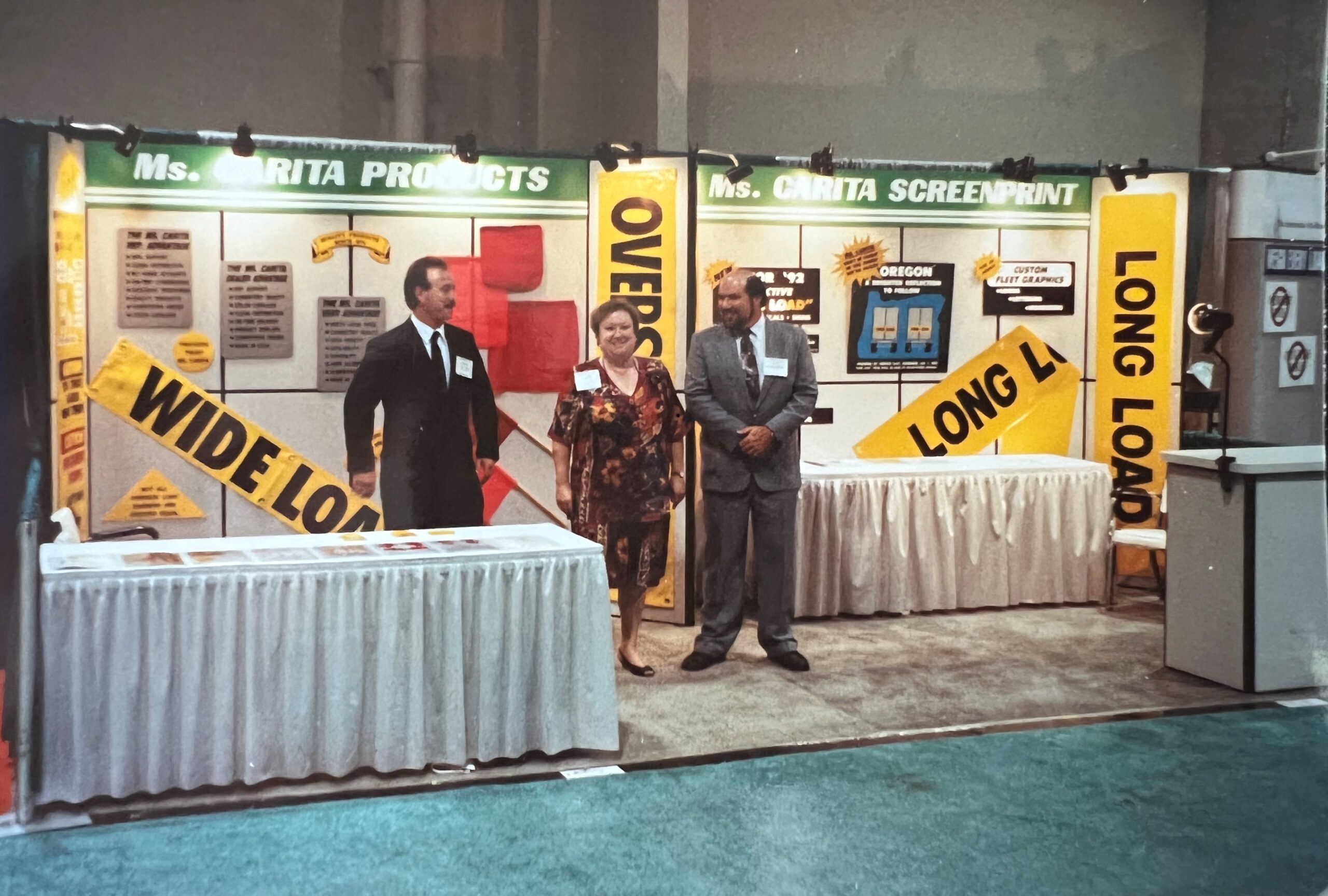 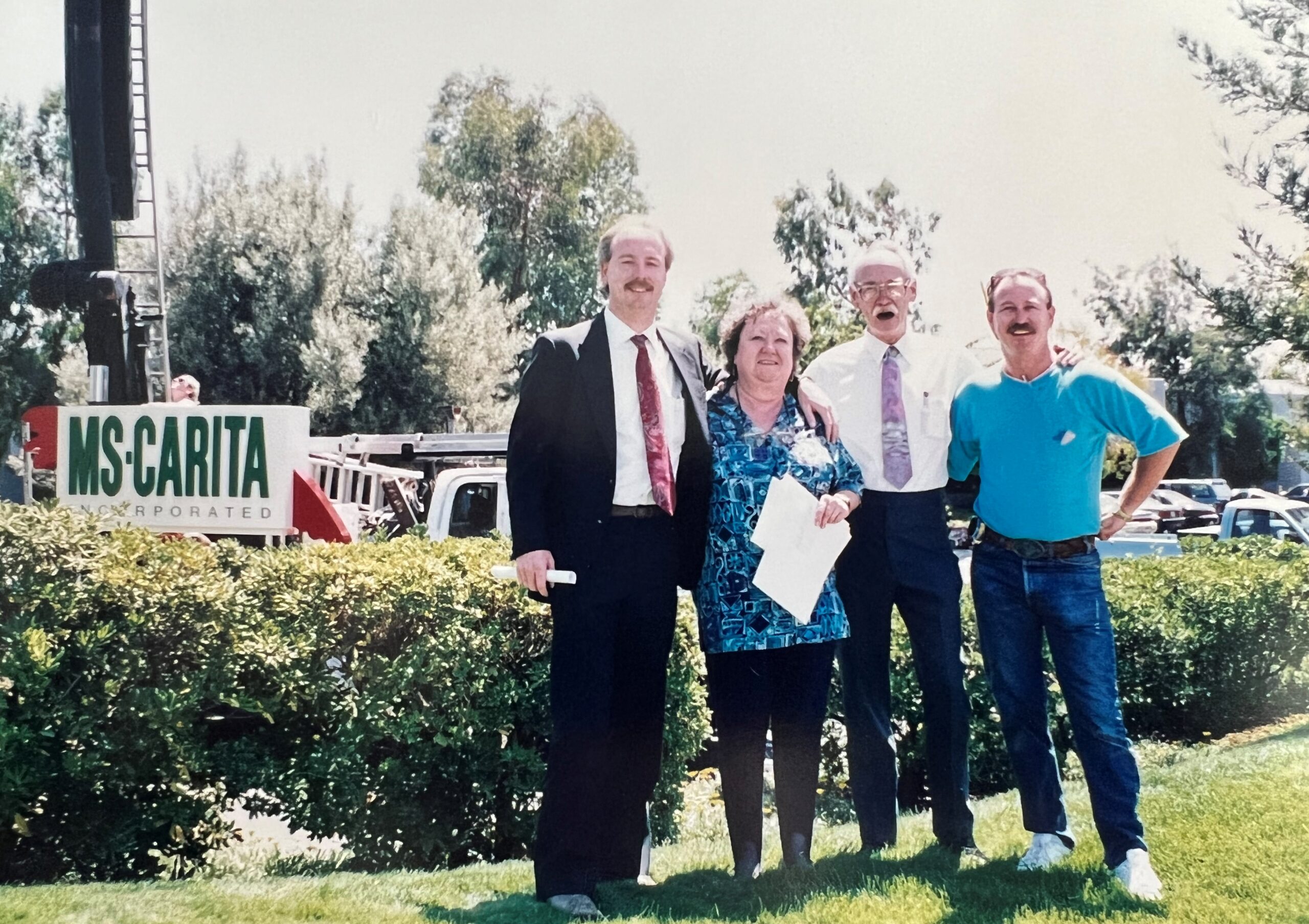 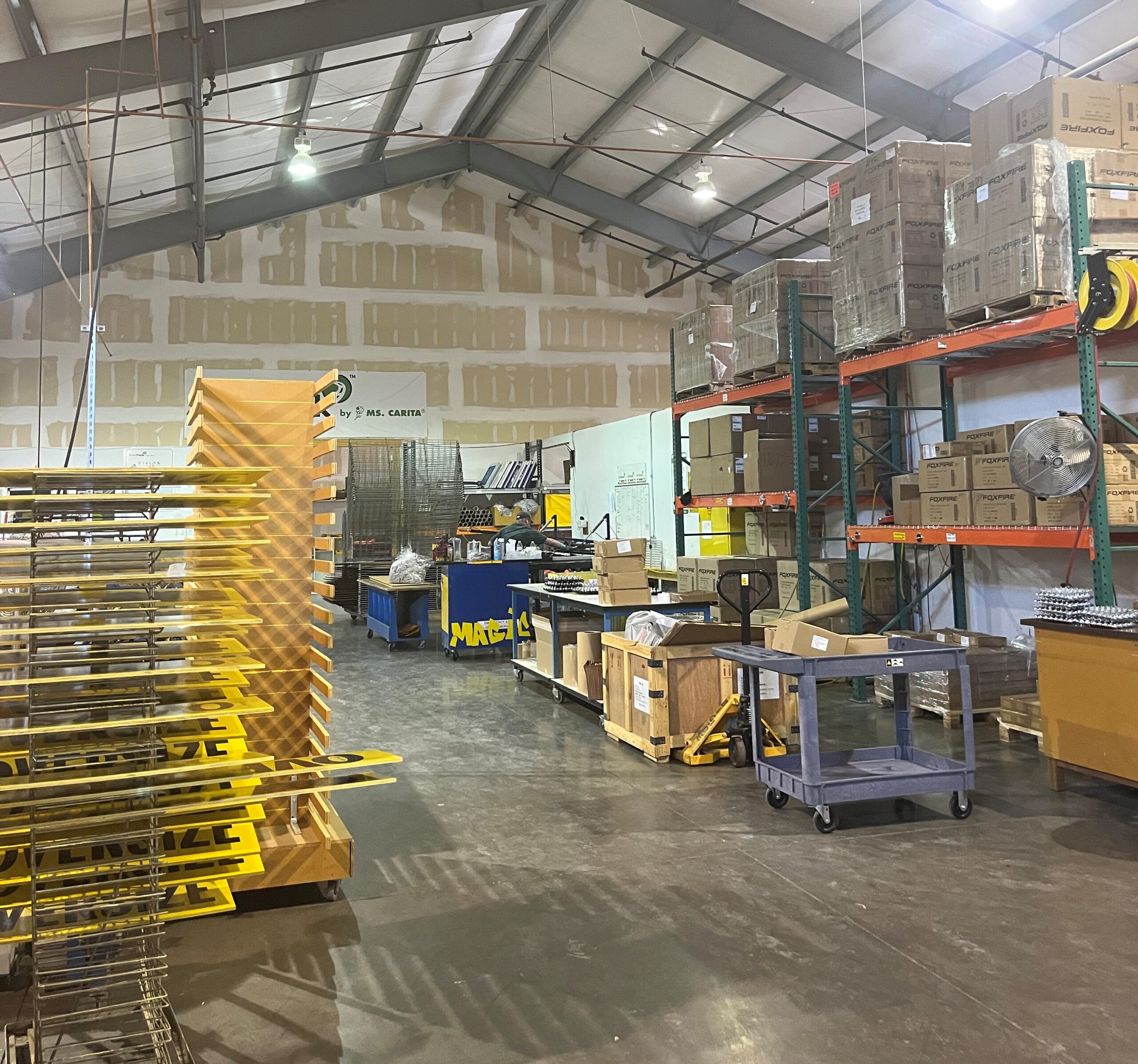 From California to Nevada 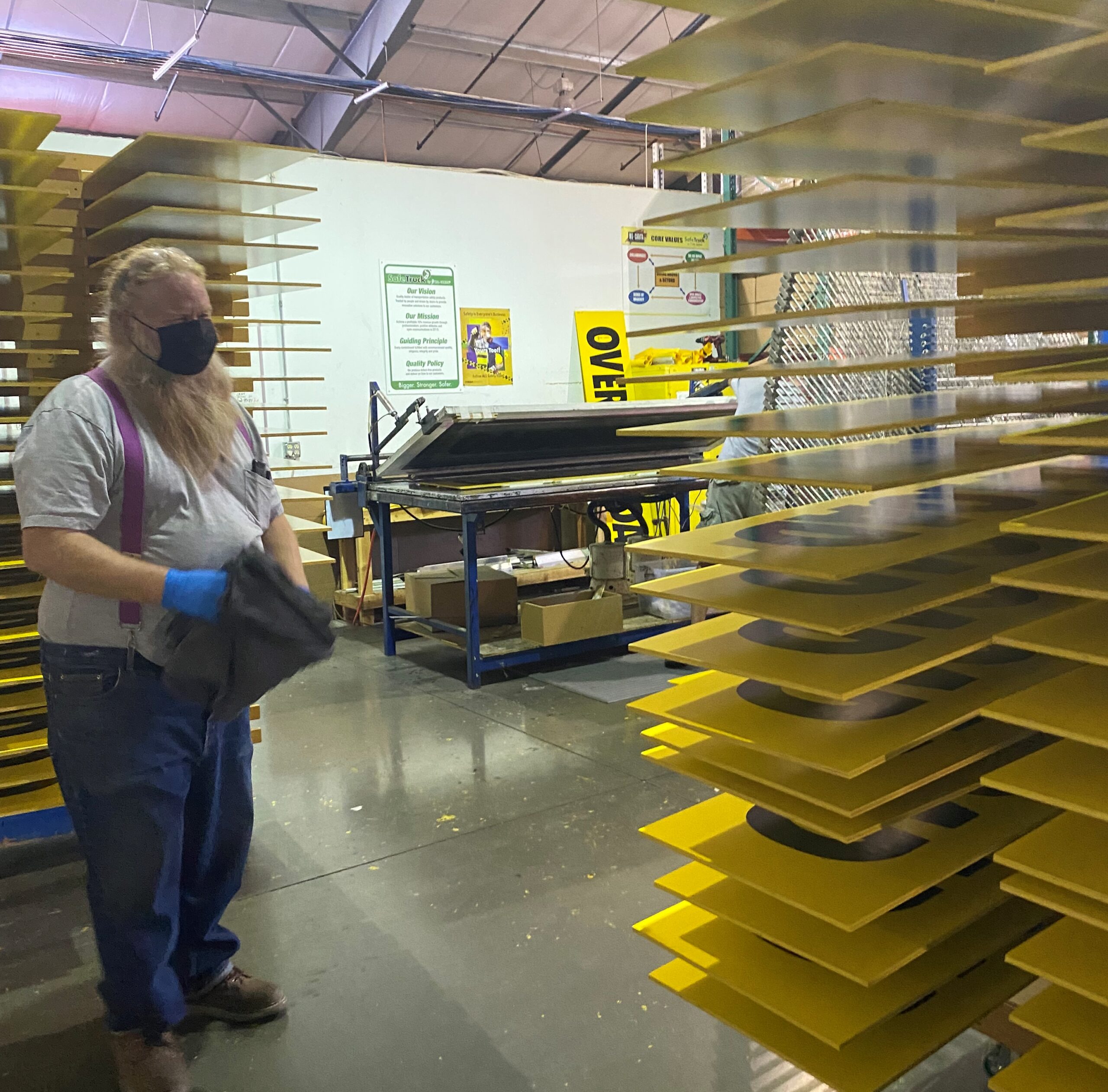 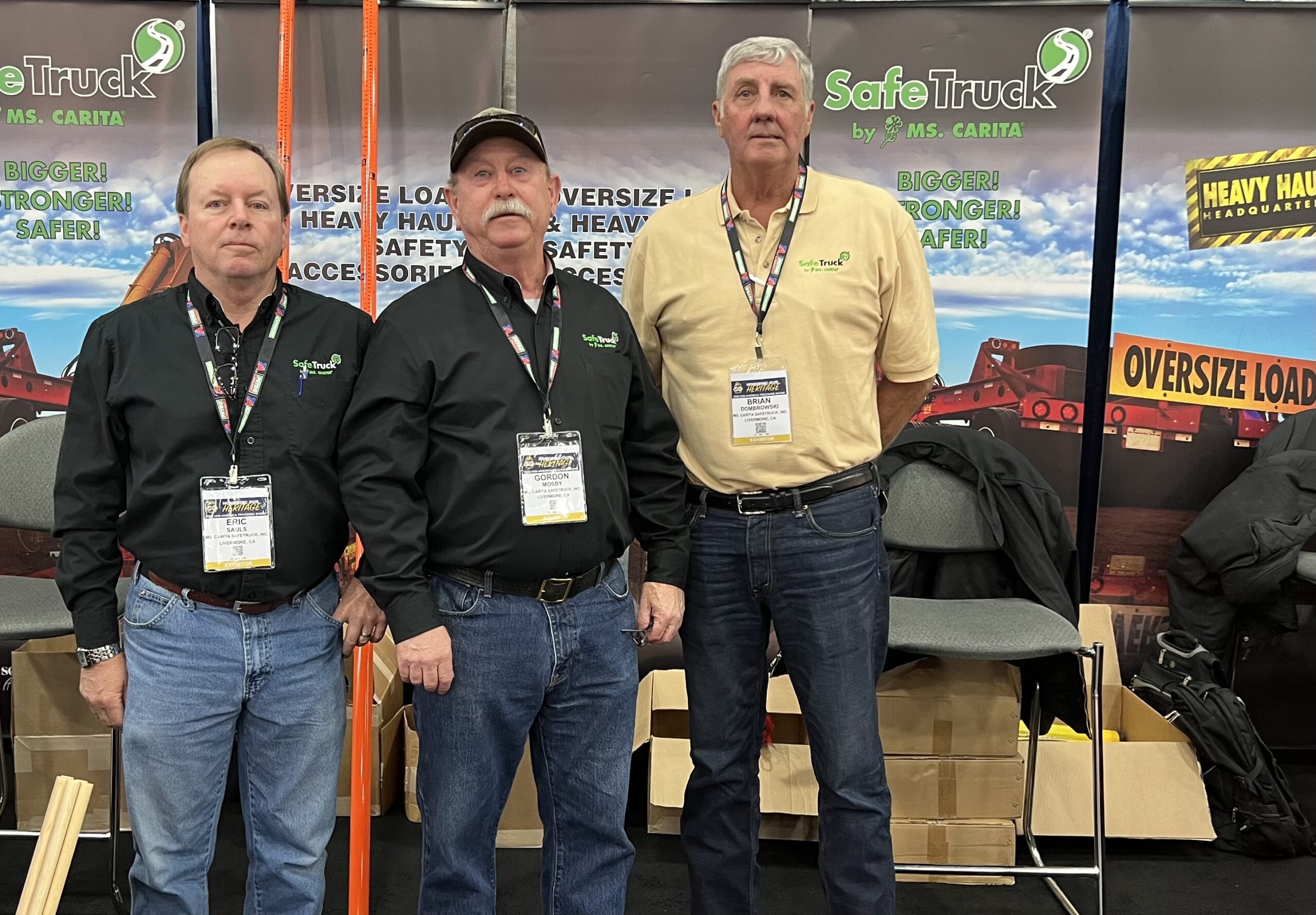 In 2022, Ms. Carita SafeTruck’s Management Team preparing for a fantastic dinner after a successful planning event held at the El Dorado Hotel in Reno, NV.